What you are about to read is probably the most amazing thing you will ever see ever. I didn’t do this because it’s illegal and I don’t condone illegal things, BUT I met someone on the bus who DID do this and they told me their entire story and showed me pictures! Their project started off making with a simple recipe:

Well I looked at that and said there is no way I’m waiting a month for a gallon of wine. Sooooo I looked around and found a Five gallon jug (you know the type they fill water coolers with). I just multiplied everything in the recipe by five… except one thing. I couldn’t find a XXXXXL balloon. Unlike all of my throwback jerseys they don’t make balloons in five X’L. That wasn’t going to stop me. So I decided to grab one of my magnums. 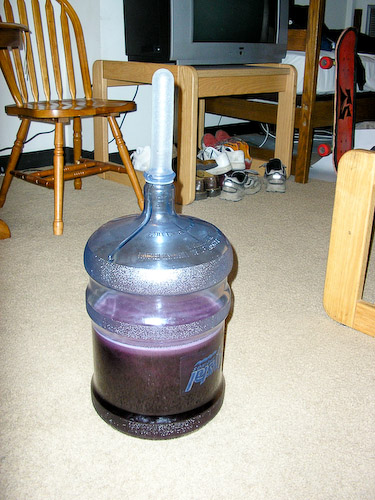 The only purpose of the balloon is to make sure nothing can get into the wine to spoil it, and the balloon can expand as the fermentation process produces carbon dioxide. A magnum was the perfect balloon to use as it can expand to enormous sizes (for my needs) and Nonoxynol-9 (to kill all those bacteria that would come in and spoil my wine). How perfect! I just can’t believe more wine makers haven’t discovered this. 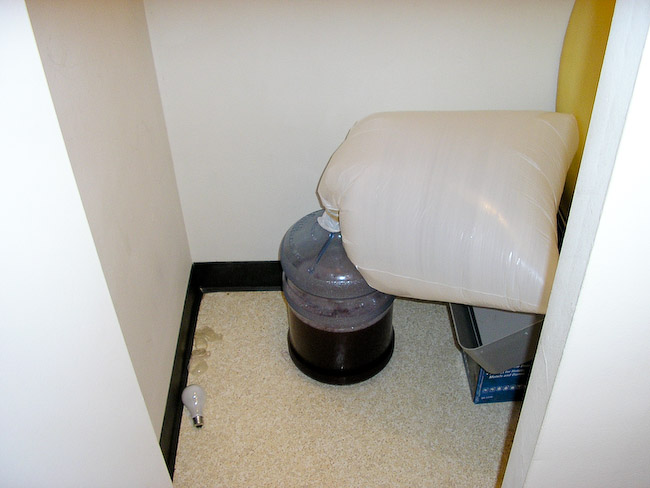 Unfortunately the condom just wouldn’t hold after a certain point… note the three broken condoms by the light bulb. Sooo I subbed in a garbage bag. I don’t know what type of balloon they were talking about in the recipe… must have been a frigging hot air balloon cause this garbage bag filled up in like 5 hours. I wasn’t going to bother with anything bigger. I just ended up emptying the air out of it every day or so. Fast forward about a month. Me doing tons of work… learning tons of useless stuff and then all the sudden the bag stopped filling up. That meant one thing: the fermentation process was over. Now fast forward another week or so and I finally figured out how to get the wine out of the jug. You see you can’t just pour it out cause that’ll mix the crap yeast at the bottom with the wine… and I didn’t have a hose to siphon it out. Finally while a few of my friends and I were sitting around my place drinking Travis came up with the idea of cutting an ethernet cable apart and pulling the wires out. AMAZINGLY it worked… everyone rejoiced and celebrated.

Now the story could end there. Make a bit of wine, drink a bit, and everyone is happy, but 5 gallons of pretty shitty wine doesn’t get drunk in one night. People do on the other hand get excited about MOONsh-wine. Sooo I headed to same place I did when I had the idea of making wine… the internets and found this: http://www.matchrockets.com/water/still.html (update: remove broken link 😢). This is what I did with the leftovers. I’ll save you the bore of the entire process… just a few clips… One of the casualties. My fingers were NUMB from trying to scoop the ice out of the blender… turns out those blades are sharp. Good thing I didn’t feel it or this would be a picture of me crying. 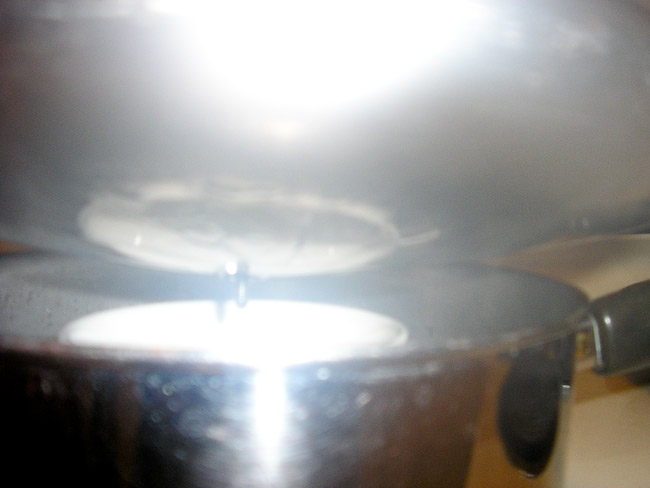 AHHHH My EYeS BURRRRnn1!1!! This wine boiler put out steam for ~25 minutes and when it was done: liquid gold. I did this whole process twice to fill my Exeter nalgene halfway. For some reason it felt right putting a volatile drink in there. To think of all the times I found nalgenes full of vodka on the floor at dances… good times.

It was fun distilling the wine… put a pot on the stove… cup in the center… got it. Right. But you know what you can do with the resulting brandy (I don’t know if you can call what I had… brandy)? Burn it. And believe me you could burn it. This stuff was like rocket fuel. Straight from distilling if you put a match near it, it would light the fumes. For some reason it lost it’s volatility pretty quickly, but I took some pictures of it right out of the still: 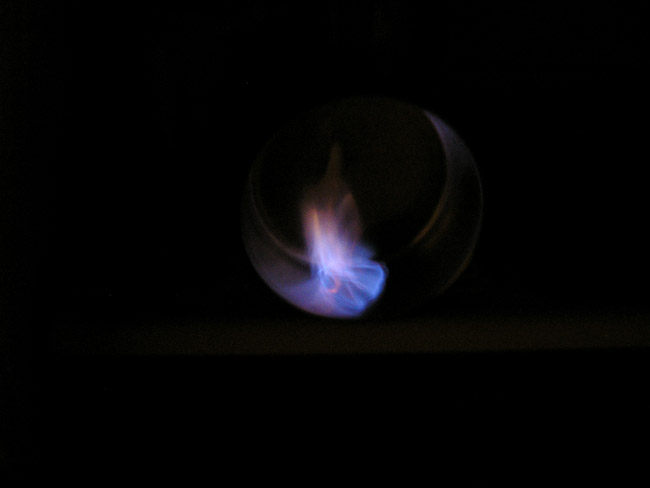 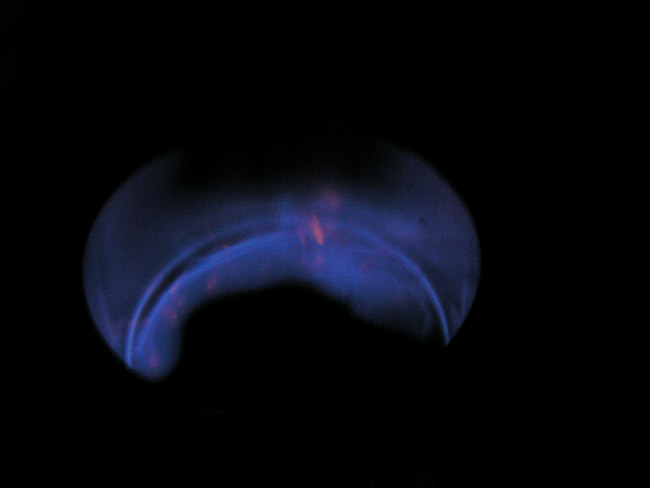 Don’t drink if your under 21… when you commit a victimless crime the government loses.